It all started in Solukhumbu, a small village in the lap of Mount Everest in north-east Nepal. Our main chef, Dawa Tamang, who is also one of the owners, was born and raised exploring the exotic plants and flowers that dotted the remote corners of the Himalayan foothills. Inspired by his mother, who was known around the village by the nickname, “maestro of spices” for her legendary culinary skill, Dawa developed an acute interest in gastronomic wizardry.

Slowly, he mastered his culinary skill, and the taste buds of the people around him agitated. After creating a cooking legend out of him in the village, bigger things were calling him. Soon he found himself cooking with executive chefs of Taj as well as got 13 years of professional experience while giving training classes too. But bigger things were still calling. He decided to open his own restaurant partnering with another culinary artist- Pawan Khadka.

Pawan started collecting his culinary experience from age of nineteen when he started hotel management studies. He worked in different countries under executive chefs of Indian cuisine. About 9 years of experience in Indian and Nepali cuisine, he decided to join Dawa. It is Laliguras where their culinary skills can be practiced in its full flavor and authenticity.

So this is how Laliguras was born. Well, the name itself came from the wand of the wizard! Well, not really! Laliguras are the bright red, vibrant flowers of the plant Rhododenron arboreum, which colors the hills in the spring color of bright red in Nepal. Dawa wants to make sure that like the flowers that give distinct aroma to the hills in the spring; his restaurant can give the epicurean residents of the greater DC area a flavor that is exotic, authentic as well as delicious. So harken all the Earthlings! Bring your taste buds along and indulge in the cuisines made by the legendary chef of the Himalayas.Namaste!!! 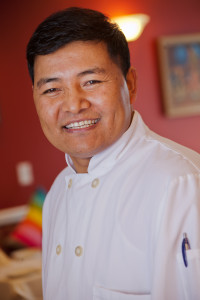 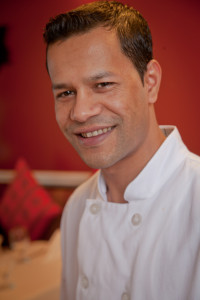